"How can smart meters save money when Consumers seeks to add millions of dollars to the base rate to fund the AMI program?"
--Judge Peter O'Connell--

"A cost-benefit analysis [of smart meters] should include
health, safety, and privacy issues.”
--Judge Peter O'Connell--

Michigan Court of Appeals Judge Peter O’Connell has issued a mind-blowing opinion that is very supportive of the anti-smart-meter community. Basically, O’Connell says that the MPSC and Consumers Energy have not proved their side of the case for smart meters, and puts forth many of the same questions and arguments that we in the anti-smart-meter community  have been positing. He supports further investigation of the health and privacy issues.I highly recommend reading his opinion.

Background: A group of Consumers Energy customers and the Attorney General had appealed the Michigan Public Service Commission’s (MPSC's) decision to allow Consumers to implement smart meters. The Court of Appeals decided that the MPSC had not properly decided all the issues and sent the case back (“remanded” it) to the MPSC. The MPSC didn’t like this, and it asked the court to “reconsider” its remand. In commenting on the denial of the motion for reconsideration, Judge O'Connell writes,  “[The MPSC] contends that no further hearings are necessary concerning the advanced metering infrastructure (AMI) smart meter program.” The court disagreed, and has stuck by its original decision to remand the case. However, the court did not agree with Judge O'Connell's opinion that the remand should consider any issues other than the fairness of the cost of the opt-out program. This is extremely unfortunate, but we now know that we have a friend on the court, and someone who can see the issues with great clarity. It is inevitable that the case that is once again before the MPSC will be appealed once the MPSC makes a decision, because if we lose, we will appeal, and if Consumers and the MPSC lose, they will appeal. Hopefully, the Attorney General (who supports us on this issue) will also appeal if we lose. 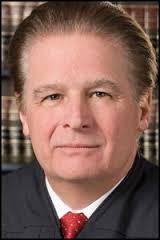 public money on their utility bills. Unfortunately, this argument is inherently illogical: how can smart meters save money when Consumers seeks to add millions of dollars to the base rate to fund the AMI program? It appears, as the Attorney General argues and as in other states, that the smart meter program actually increases rates.”

“I am concerned that under the opt-out program, those who opt-out must pay either a penalty, tax, or a fee for the privilege of retaining their non-smart meters. This Court, in its prior opinion, approved the PSC's order allowing costs to fund the AMI smart meter program to be added to the utility's base rate. At first glance, it appears the opt-outers are required to pay twice for the privilege of retaining their non-smart meter. The first payment is in the form of a penalty, tax, or fee to avoid having a smart meter installed on their home,5 and the second payment is of continued costs associated with the AMI smart meter program that eventually will be added to the base rate.”

“Why both charges? On remand, the PSC should answer that question. In the case of the opt-outers, they receive no benefit from the AMI smart meter program and must actually pay to be excluded from it, but then the opt-outer must also share in the costs of the program because of the increase to the base rate.”

“From this lower court record I am unable to discern the genesis, the reasons, or the rational for such an unprecedented double tariff.”

“I am also greatly concerned that the opt-out costs are actually a penalty imposed to force the opt-outers to comply with the AMI program. . .  . The PSC's implied finding that it is a fee/tariff rather than a penalty or a tax is not supported by even a scintilla of evidence in this lower court record. Just because the PSC says it is so on appeal does not make it so.”

There is no guarantee as to what the MPSC will do, nor as to what the Court of Appeals will do if this case comes before it again after the MPSC reconsiders it. At a minimum, we have a clear articulation of some basic rights and basic guidelines the courts and the MPSC should follow. And Judge O'Connell is the first judge to state the obvious: How can smart meters be saving us money when the utilities have had to raise rates (or get lots of free money from the government) to put them in? How can charging people an up-front fee to keep their opt-out meter be fair? The MPSC has never really considered the health and privacy issues, except by selectively considering industry and a few other publications.
Judge O'Connell took the MPSC to task for failing to submit adequate evidence to back up its claims. It is this same failure to present adequate evidence that has, at least in part, caused some Michigan smart meter cases to fail. We cannot emphasize enough the importance of having competent legal counsel.